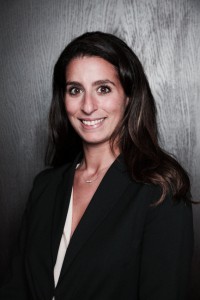 Noémie Birnbaum, founding lawyer of CNB Avocats, has been admitted to the Paris Bar in 2009. She graduated from a joint Degree between Panthéon-Sorbonne and King’s College London, and passed two Masters degrees in tax law, from Université Paris Dauphine and University King’s College London in England.

Prior to the creation of CNB Avocats, Noémie worked during three years in the Tax team of Debevoise and Plimpton where she was recruited following her Bar internship. She then joined a Canadian firm followed by an American firm where she continued to practice in Employment law and Compensation & Benefits.

Early 2013, Noémie decides to set up CNB Avocats to offer a tailored service to her clients in order to work closer to their needs and expectations.

Noemie’s regular clients include foreign and French companies of the Fashion industry, the catering industry as well as IT and new technologies corporations.

She regularly advises companies and their managers ahead of decision-making processes, during implementation phase and after implementation by assisting or representing them in cases involving litigation.

Noemie also has experience in dealing with implementation of collective redundancies as well as individual dismissals, incentive plans, grant of stock options, health and safety issues as well as immigration and secondment of employees within international groups. She also advises her clients on the daily management of workforce employment terms and conditions, including the drafting of employment contracts.

Finally, Noemie assists top executives wishing to organize the termination of their employment contract by negotiating their departure packages as well as providing advice for their future endeavours.